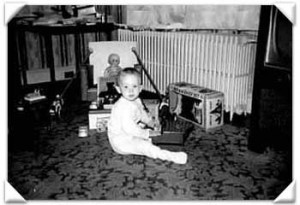 Thanks for visiting my site! As you can see I started working on my sequencing skills at a very early age. I bought my first sequencer in 1984 and began using the original DOS Cakewalk software professionally in 1989. I guess you could say I’ve been doing this as long as anybody.

July 1 2013: My original site launched in April 2000 is now retired. I hope we have made many improvements for you on this new site, and I would like to thank everyone for RFMF’s tremendous success ! I currently live outside Richmond Virginia.  At age 9  I began learning to play the sax and guitar, played around with drums and piano later in my teens, then began my professional career as a musician at 16, while attending music school for a couple years. I have been a member of around 24 bands since then, playing every imaginable style of music, spending several years on the road, also being based out of Virginia Beach , Miami, and Cape Canaveral.

The first 30 songs I sequenced was with the intention of performing as a sax single, and soon found myself working as “Sax On The Beach” warming up for a comedy club in Miami. Then my good friend Forrest Beverly decided that this was the wave of the future, and began dropping off tapes of songs he wanted me to sequence so he could do the same. Needless to say, being a seasoned singer entertainer, Forrest’s future working with MIDI files has been quite successful.  I continued to work with several bands until 1999, when a few more people found out about my sequencing skills. I stopped performing, launched my original site, and here I am today having completed over 1600 MIDI files and still going strong.

By the way, I have no staff or employees, just me here.

MY PHILOSOPHY ON SEQUENCING:

I have always felt that if an artist goes into the studio and toils over his or her music for weeks and even months, who am I to reinterpret their hard work in a matter of hours. I will always do my best to respect the artist’s efforts, by covering songs as accurately as possible.

A special thanks to the “Devine Inspirations” for their tremendous support and inspiration! 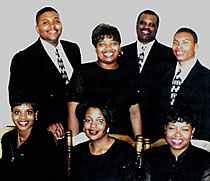